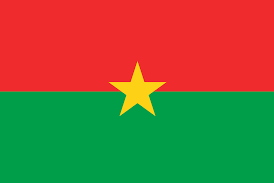 Executive: President of the Republic (mandate for five years, one re-election possible) and Prime Minister

Institutions of the Republic: Economic and Social Council, Higher Council of Information, National Commission of Decentralization, Mediator of Faso

The Burkina Faso is member of the West African Economic and Monetary Union (UEOMA), the Economic Community of West African States (ECOWAS), the Community of Sahel Saharan States (CEN-SAD), the Permanent Interstates Committee for Drought Control in the Sahel (CILLS), the African Union (AU), and the Council of Accord

Regaining independence the fifth of August 1960, the Upper Volta experienced several coups, including the one of Thomas Sankara, who becomes president of the country in 1983. In 1984, the country’ name is changed into Burkina Faso, “the country of the honest men”. Following a further coup led in October 1987 by Sankara’s former deputy, Blaise Compaoré, Sankara is killed and Compaoré presumes presidency after elections held in 1991. Compaoré was re-elected in the presidential elections of 1998 and run for a third term in the elections of 2005. Oppositional voices alluded to the amendment made to the constitution in 2000, which limits the presidential mandate to two terms. Since this amendment cannot be applied retrospectively, the incumbent run for a third, but officially rated first term winning the elections in November 2005 with 80,35 % of the vote. In the prelude of the presidential elections in 2010, which Compaoré ended winning with 80% of the vote, the ruling party, the Congress for Democracy and Progress, intended to change article 37 of the constitution which limits the presidential mandate. This led to controversial discussions, but it was only in 2014 when the change in the constitutional article was about to be made, that the population rose up. A series of demonstrations and riots ended Compaoré’s 27 years in power on the 31st of October 2014. After conciliation attempts by the Ghanaian, the Nigerian and the Senegalese presidents, the establishment of a transitional government was agreed upon by the army, the political parties, religious and traditional leaders as well as the Civil Society. This interim administration led by President Michel Kafando and Prime Minister Yacouba Isaac Zida organizes legislative and presidential elections to be held in October 2015.

Despite of its instable political situation, the Burkina has become a non-negligible actor in the resolution of regional conflicts, among others in Togo, Ivory Coast, and Guinea as well as in the liberation of hostages of the Al-Qaïda in Islamic Maghreb.