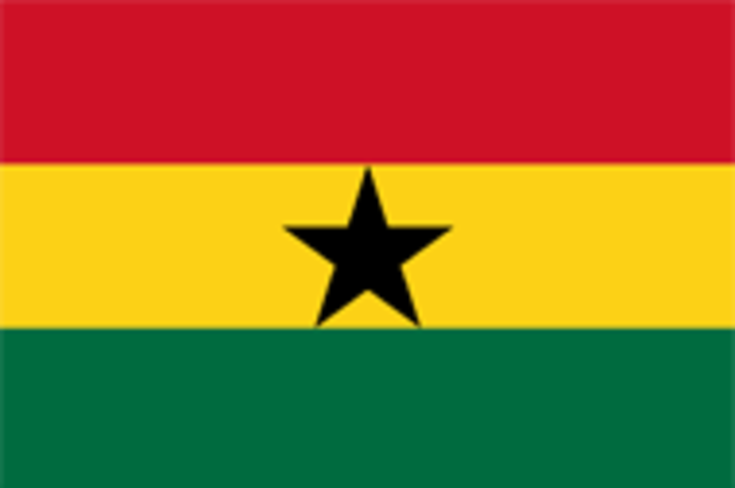 Constitution: adopted on the 28th of April 1992

Legislative: Parliament (230 seats), the members are directly elected for a term of four years

Executive: President of the Republic (mandate for four years, one re-election possible)

Ghana gained independence from the United Kingdom on the 6th of March 1957, as the first African country. Kwame Nkrumah became the first president of Ghana in 1960. He held this position until a coup by the National Liberation Council in February 1966. Phases of coups and democracy followed in 1979 and in 1981. Jerry Rawlings undertook successful coups to obtain power and banned political parties in 1981. In 1992, nonetheless, he approved a constitution which reinstated political parties and allowed for the first democratic parliamentary and presidential elections to take place in 1993. Jerry Rawlings was elected president, as the candidate for the National Democratic Congress (NDC). He also won the presidential elections in 1996, but was constitutionally prevented from running another term in 2000. In 2000 as well as in 2004, John Agyekum Kufuor (New Patriotic Party (NPP)) was elected president. In 2008, John Atta Mills (NDC) won the presidential elections with 50.23 % of the votes in the run-off. First, Nana Akufo Addo (NPP) had obtained most votes in first round, closely before John Atta Mills, though could not obtain a majority. On the 24th July 2012, the former vice president John Dramani Mahama (NDC) was sworn in as the new president of the Republic of Ghana, following the death of former president Atta Mills on the very same day. Mahama was re-elected in the national elections held on December 7th 2012. After losing by only a few percentage points again, the NPP, led by Akufo Addo, filed an electoral petition against the Electoral Commision and President Mahama at the Supreme Court. On the 29th of August, 2013, a 9-member-panel of the Supreme Court of Ghana, ruled by unanimous decision that the incumbent President John Drahami Mahama of the NDC had been validly elected and declared him as the president of the Republic of Ghana. Especially the reaction of the defeated opposition candidate and leader of the election petition , Nana Addo-Dankwa Akufo-Addo (NPP), who said that though he disagreed with the unanimous decision of the highest court of the country, he respected and accepted the decision, is exemplary for Ghana which is known as the democratic role model.

Under late President John Atta Mills a Constitutional Review Commission (CRC) was established in 2010 which was welcomed and supported by the political parties and the Civil Society. Four years later, the executive’s domination in driving the CAP is highly criticized - Parliament and civil society have felt neglected ever since the initiation of the process.

Well-endowed with natural resources, such as cocoa, gold, diamonds and bananas, Ghana has roughly twice the per capita GDP of the poorest countries in West Africa. Globally, in absolute terms, the economic performance of Ghana is still low. The domestic employment continues to revolve around agriculture, which accounts for more than sixty percent of the working population, mainly small landowners. Nonetheless, agricultural activities reflect only 20 percent of the GDP, whereas the industrial sector, such as mining, limbering, food processing, cement, contributes 30 percent and the services sector over 50 percent to the national GDP.

Oil was furthermore discovered in 2007 off the coast of Sekondi-Takoradi and oil extraction commenced at the end of 2010. Oil income was expected to become a significant contributor to GDP. In 2011, Ghana reached one of the world's highest real GDP growth rates. However, the oil brought with it the challenge of a transparent management of the revenues and the creation of the necessary infrastructure to complement it.

Ghana’s economy had undergone a quarter century of relatively sound macro-economic management, a competitive business environment and sustained reductions in poverty levels. Furthermore, high prices for gold and cocoa contributed to sustainable GDP growth during that time. But in recent years the economy has suffered tremendously. In 2014, economic growth reached its lowest level of the past years amid high interest rates, a fast depreciating currency, low aggregate demand and a deepening energy crisis. Inflation reached 17 percent in mid-2014, well above the central bank’s 2014 inflation target of 10,5 %. Consequently, the cost of living rose radically. Large fiscal deficits caused by a ballooning wage bill, poorly targeted energy subsidies, and commodity price shocks pushed government debt and financing costs to very high levels. The slump in world oil prices since mid-2014 has resulted in a shortfall of budget revenue of about 2 percent of the GDP. In March 2015, the government signed an agreement with the International Monetary Fund (IMF) on a new economic reform program that would be supported by an IMF loan of about $940 million after Ghana’s economic growth rate was announced to decrease for a fourth consecutive year in 2015 to 3.5 percent.

The Challenges of Development/ MDGs

Consistent with its commitment to own the development process and provide a successor to the GPRS II, the government initiated a process in 2009 to formulate a medium term national development policy framework. With the large fiscal imbalance experienced in 2008 and the difficult macroeconomic situation inherited, the goal of the medium-term national development policy framework, Ghana Shared Growth and Development Agenda (GSGDA), 2010 - 2013, is to sustain and enhance macroeconomic stability while placing the economy on a higher path of shared growth, and poverty reduction.

Analysis of data shows that Ghana is largely on track in achieving target 1 of the MDG (Eradiction of extreme poverty and hunger). Although still almost thirty percent of the population live under the poverty line, Ghana could be one of the first Sub-Sahara African countries to reach this target, as economic growth suggest a further decline in poverty.

MDG target 2 (Achieving universal primary education) will most likely be reached by 2015. On MDG target 3 (Promoting gender equality and empower women), trends show that Ghana is on the course of accomplishing gender parity, especially at the Primary and Junior High schools (JHS) levels, although primary level parity has stagnated at 0.96 since 2006 - 2007, while the parity at the JHS increased slightly from 0.91 in 2006 - 2007 to 0.92 in 2007 - 2008.

Although evidence shows that there has been significant reduction in both infant and under-five mortality rates in Ghana, it is unlikely that the 2015 target of reducing the child mortality rates (target 4) will be met.

Though maternal health care has improved over the past 20 years, the pace has been slow and extra effort is required for Ghana to achieve the MDG target 5 of reducing maternal mortality rate by three quarters by 2015.

The 6th target (Combating HIV/AIDS, malaria and other diseases) will not be achieved. According to the Ghana Aids Commission, the current up-and-down movement in the prevalence rate between 2003 and 2008 signals only a levelling effect or stabilization of the epidemic.

With regard to MDG target 7 (Ensuring environmental sustainability), Ghana will be able to halve the proportion of people not having access to safe water. However critical challenges exist in achieving the targets of reversing the loss of environmental resources, reducing the proportion of people without access to improved sanitation, and achieving significant improvement in the lives of people living in slum areas.

The last target (Developing a global partnership for development) can most likely be realized by 2015.